I tried this recipe I found on Pinterest....Yummmm Keeper!!

Original recipe is  from Feed Me Phoebe 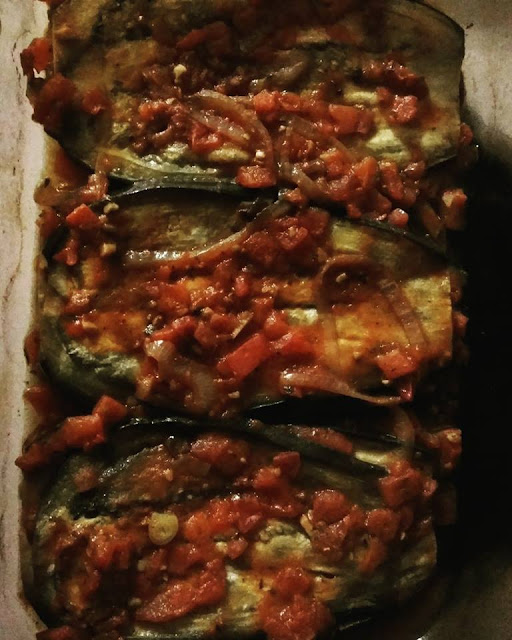 This Turkish eggplant recipe "Imam Bayildi" is a perfect vegetarian weeknight dinner. It's great for making ahead of time, as the flavors only get better. Inspired by The Greek Vegetarian.
Prep Time 20 minutes
Cook Time 15 minutes
Total Time 1 hour 20 minutes